Also this holiday season I did not send any Christmas cards or new years wishes. As my friends know this is not about being impolite, but a tradition to do a mailing on the 6th of January and not earlier.

Today is Epiphany day – the 12th and last day of Christmas. For me it is also the day of changing perspective – a magic pivot. The holiday season is over and we can focus on the coming year.  A good moment to wish you many Epiphanies in 2018!

Epiphany is not only the last day of Christmas, but also stands for an experience of sudden and striking realisation. The word epiphany originally referred to insight through the divine. Nowadays this concept is used much more often also without such connotations, but a popular implication remains that the epiphany is supernatural, as the discovery seems to come suddenly from the outside. More on this see below.

The last year was full of epiphanies for me – some good, some bad. Some came ‘all of a sudden’ and some were a logical change that ‘step by step’ approached without noticing in the first place (or wanting to notice ;-). In any case at the beginning of this year I got my freedom back to work again independently as Creative Companion.
And this also gave a boost to finish an idea that too long was postponed: to create an Inspirational Card Set based on Music Thinking principles (as presented in October last year) and the Music Thinking Framework. 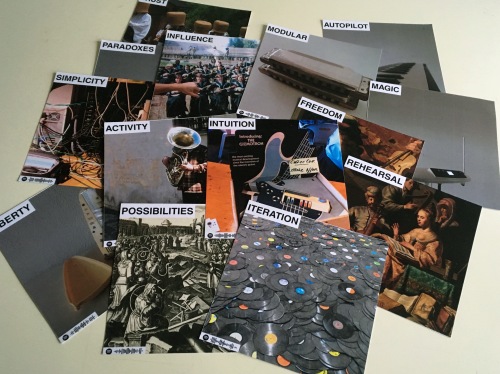 In december we started prototyping the Music Thinking Inspiration Cards and this January we will iterate to a set that can be tested in workshops. The idea is to use the cards in very different ways ranging from Serendipity to Strategy in direct connection with the Six Music Thinking Cues from Empathy to Remix of the Music Thinking Framework. The intention is to have the set ready for purchase after the summer vacation.

have a great year
Christof Zürn

PS: an extra project will be the relaunch of both sites:
www.creative-companion.com and  www.musicthinking.com

For all of you who hear the Epiphany story for the first time, below is  a copy from the last years with some explanation and examples about Epiphanies:

A collection of different meanings of Epiphany: